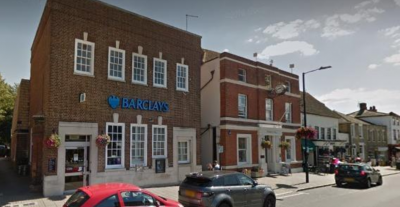 Barclays bank in Witham has announced it will close its doors in January.  The branch, which is based on Newland Street, will finally close on January 7 after it has seen a drop in customer numbers using over-the-counter services.  It says fewer than 100 customers use the branch exclusively for their banking.

Barclays has released a report outlining the reasons for the closure and it can be downloaded as a PDF by clicking HERE.

The Braintree and Witham Times reported on the decision, and you can read their article HERE.